The key is to not let the camera, which depicts nature in so much detail, reveal just what the eye picks up, but what the heart picks up as well.
~ Paul Caponigro 1932 - (Master landscape photographer)

"Paul does not force himself upon nature. He lets nature come to him"
~ Ann Marsden 1957 - 2012 (Prominent and deeply missed Twin Cities photographer)

My interest in photography began as a kid in Redwood Falls, MN. My favorite subject was the city park's Ramsey Falls using a plastic bodied box camera with 620 black and white film developed at the local drugstore. To this day, waterfalls are still one of my favorite subjects.

Don't ask me why, but I rarely shot photographs during my teens. My interest in photography was renewed during my years in the United States Air Force, especially during a year spent in Pakistan (truly a once-in-a-lifetime experience).
My return to civilian life involved a move to Lansing, MI where I worked nights as a computer operator for Michigan National Bank. During the day I attended Lansing Community College taking several classes in their highly regarded photography program. An important element of the curriculum was the study of the style and work of several preeminent photographers, both past and present, in a variety of genres. While I appreciated the work of portrait artists; photojournalists; commercial photographers; and others, I found I was consistently drawn to the work of the major nature and landscape photographers.

I was especially influenced by Eliot Porter (1901-1990) an early proponent that color photography, in addition to black and white, could be legitimately considered fine art. Porter's 1979 book, "Intimate Landscapes", became especially important to me. Its focus was on capturing details and smaller areas of coverage rather than the grand vistas of the Far West favored by Ansel Adams and many other well-known landscape photographers. By this time I was living in the Twin Cities where opportunities to capture expansive vistas of grandeur are limited, but smaller, intimate scenes similar to those in Porter's book are bountiful. Porter remained active into his eighties making trips to Antarctica at age 75, China at 79, Hong Kong at 84 and publishing a book on Maine when he was 85. His level of productivity in later life inspires me to keep striving to grow as an artist as I grow older.


During the 80s, a friend and I made photographic trips to the Badlands and the Black Hills, the Great Smoky Mountains, the North Shore into Canada, the Grand Tetons and Yellowstone Park. The 90s were again a period of relative photographic inactivity.

The digital era reawakened my creative spirit. The vast majority of the photos in the galleries were made during the past seven years along with a few older shots - Minnehaha Falls, Minnehaha Trees, and Mt. Moran. Recently, I have returned to my photographic roots by once again shooting with film in addition to my digital work, Many of my digital images are made with vintage film-era lenses adapted to modern mirrorless digital cameras.

A few good news items:
I am a past recipient of a "Next Step" grant from the Metropolitan Regional Arts Council. The grant allowed me to study with Douglas Beasley who is a nationally known photographer, teacher and the author of "Earth Meets Spirit".

I am now a featured artist displaying several matted and framed prints as well as note cards at Legacy Art and Gifts at 1209 Grand Avenue in Saint Paul. 651-221-9094  http://www.legacyartandgifts.com

The Phipps Center for the Arts in Hudson, WI is carrying an assortment of my note cards.

I also am a guest artist in the Tilsner Artists Lofts in Lowertown during the Spring and Fall Saint Paul Art Crawls. My photograph "Lowertown Fire Escapes" was the poster and catalog cover image for the 2018 Fall Art Crawl.

I hope you enjoy the galleries containing several of my favorite photographs. If you wish to purchase any of the pictures you may also contact me at [email protected] for additional information or for options such as note cards, framed and unframed prints, etc.

I always appreciate and encourage your feedback and thoughts on my photographs - simply click on the Comments icon to leave a note.

Thanks so much for stopping by,
Paul W. Winger 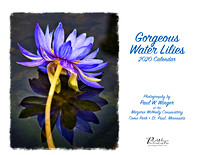 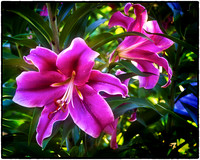 Guestbook for Paul Winger Photography
gerri(non-registered)
Superb page, Stick to the excellent job. Thanks a ton! gerri http://www.zyczenia-sms.com.pl
Matt(non-registered)
I very much enjoy your gift. Your art is very beautiful and thought provoking. Thank you for sharing it with me.
Lawrence Syverud(non-registered)
Last week, we met at the butterfly exhibit.

Don’t know if you remember me but I was introduced to you at the last JazzMN concert featuring Tierney Sutton. I am on the jazzmn board and it was indeed a pleasure to meet you!

As a former photographer myself (I have been creatively dormant for many years now), and a lover of all things in nature, I enjoyed the experience of your photographs! In particular, I like the tree bark photos, which really bring out the details often unappreciated.

Thanks for your work and also for your appreciation of fine jazz! Hope to see you again at one of our concerts.
Jeanette Richards(non-registered)
Thank you for giving me your info at the WBCA Northern Lights reception.
Your abstract images are simply wonderful!
© Paul Winger Photography
Available Feeds
RSS | Atom
Recently Added
RSS | Atom
Featured Items
Close
Powered by ZENFOLIO User Agreement
Cancel
Continue